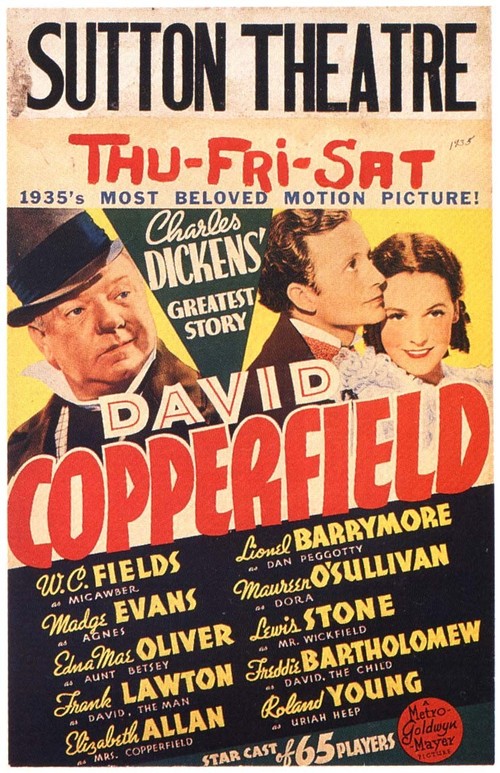 After the death of his mother (Allan), young David Copperfield (Bartholomew) endures harsh treatment at the hands of his stepfather, Mr. Murdstone (Rathbone). Discouraged, David first seeks refuge in the home of Mr. Micawber (Fields), a kind-hearted man who, though overextended in financial matters, adopts the boy as his own. Eventually, David journeys to the estate of his Aunt Betsey (Oliver), where he meets a range of kind and spirited characters. But Murdstone soon arrives to demand the boy's return, and we realize Aunt Betsey's decision will help chart the course of young David's life.

Cukor's sensitive, ennobling version of this Dickens classic was sumptuously produced for the big screen by producing titan David O. Selznick. A box-office smash when it was released in 1935, Copperfield is eminently faithful to the spirit of the Victorian-era novel, tracing the hardships of Bartholomew's orphan hero as he bounces from home to home in search of a real family. Oliver, Rathbone, Maureen O'Sullivan, and Lionel Barrymore are all superb in their respective roles, while Fields musters up an unforgettably charming mix of eccentricity and warmth as Micawber, a role he seemed born to play. Roll out the welcome mat for David Copperfield!