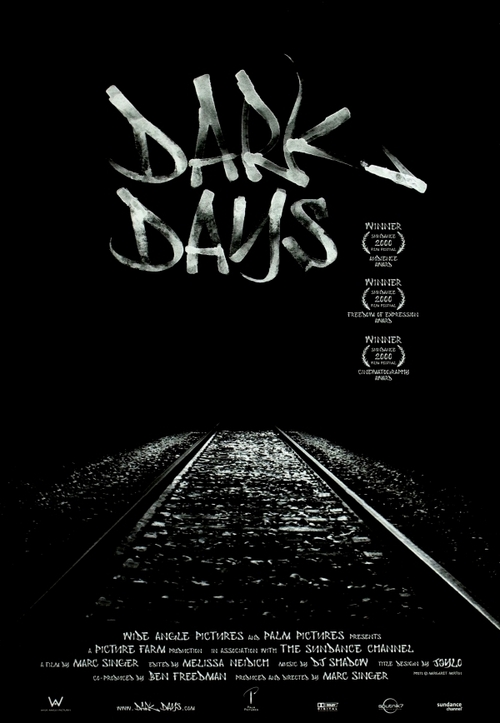 Deep in the bowels of New York City, in the filthy underground tunnels beneath Penn Station, there exists a community of vagrants, indigents, and social outcasts who've made the sunless urban netherworld their fully functioning home. For two years, Marc Singer lived with these people, learning their harrowing stories and documenting their claustrophobic way of life.

In this fascinating glimpse at a little noticed and rarely seen subterranean homeless community, Singer invites us into the world of people like Dee, a crack addict who lost her children in a house fire; ex-con Ralph, still grieving over the rape-murder of his five-year-old child; and several of their luckless and troubled peers. Somehow, among the rats, foul air, and cave-like darkness, they've fashioned a routine of almost normal domesticity in the labyrinthine passageways used by New York transit workers. There they build, cook, keep pets, and steal power. Filmed in vivid black and white, "Dark Days" will make you rethink the meaning of home.