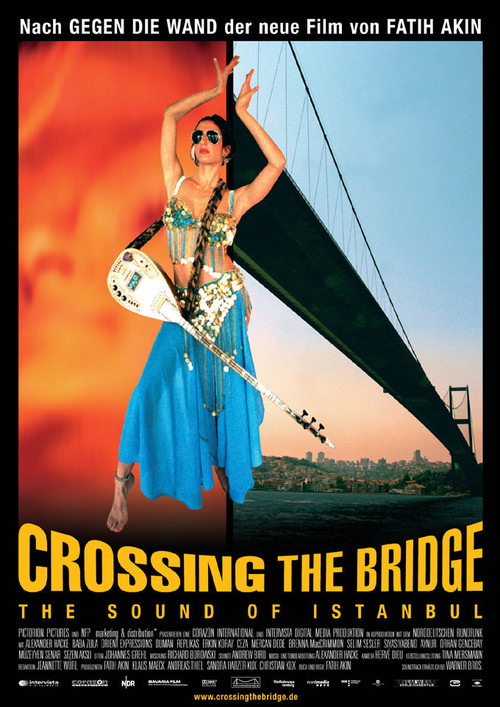 Crossing The Bridge: The Sound of Istanbul

German avant-rock bassist Alexander Hacke first immersed himself in the dizzying sounds of modern Turkish music while working on the soundtrack to Faith Akin's film "Head-On." In this lively walking tour of Istanbul's musical culture, filmed by Akin, he introduces us to the some of the city's most innovative and accomplished artists, including psychedelic rockers Baba Zula, hip-hop aficionado Ceza, and various pioneering heroes of the '50s and '60s.

What makes Istanbul so unique, we learn in Akin's fascinating documentary, is how closely its cross-cultural musical confections reflect Turkey's own geographical in-betweenness, as it sits precisely between the Occident and the Orient. Bands like Duman, who've absorbed American grunge rock and combined it with distinctive Turkish rhythms, are the hybrid norm in this part of the world. Fascinating, too, are aging pop icons Orhan Gencebay and Sezen Akzu, whose personal stories are as rich as the tapestries of sound captured live by Akin's roving camera. "Crossing the Bridge" is an exhilarating celebration of a musical culture unlike any other.