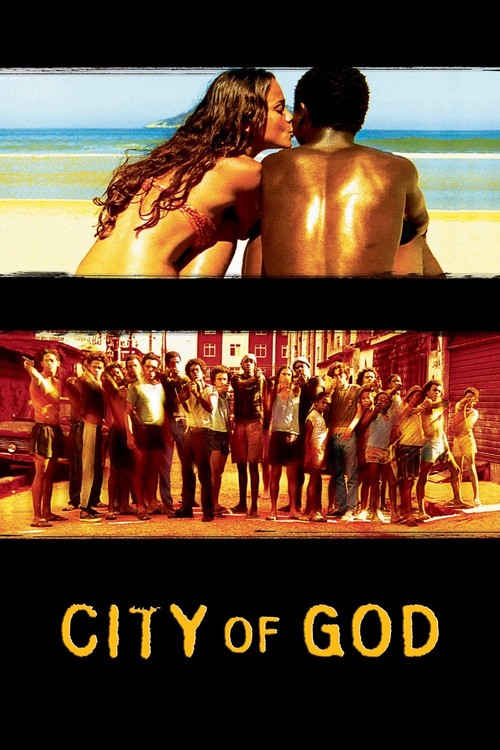 This sweeping epic set in the slums of Rio de Janeiro tracks the brutal vicissitudes of gang warfare among the city's impoverished youth, as seen through the eyes of amateur photographer Rocket (Rodrigues). His main subject, Li'l Ze (Da Hora), is a vicious young drug lord determined to eliminate all competitors — and it's only a matter of time before Li'l Ze's animosity for hated rival Carrot (Nachtergaele) leads to an all-out war.

This riveting, vibrant, hyper-kinetic crime film by the Brazilian director of "The Constant Gardener" details the harsh realities of daily life in the Rio slums, where gangs of youth battle for control of the illicit drug trade. Cast entirely with nonpros from the real-life City of God ghetto, the film is based on a novel by Paulo Lins, who drew on an appalling true story. Da Hora, Nachtergaele, Haagensen, and the rest of the cast are sensational — colorful, complex, and utterly credible in their respective roles. With its flashy camerawork, jagged chronology, and explosive violence, "City of God" is a compelling tour de force that'll hit you like a megaton bomb.

City of Life and Death