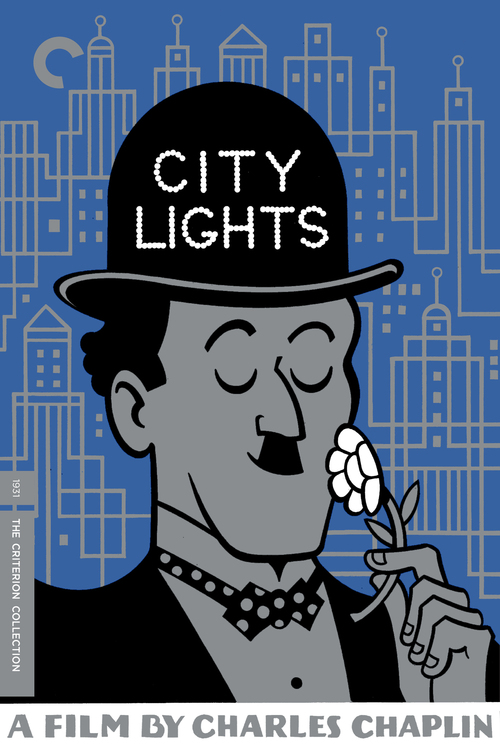 The plot of this enduring silent comedy is inspired in its simplicity: a destitute tramp (Chaplin) makes the acquaintance of a blind flower girl (Cherrill) and tries to raise enough money to pay for an eye operation that will restore her sight. In the process, he has a fateful encounter with a drunken, suicidal millionaire (Myers) who may be in a position to help.

A silent released when the talkie sensation was in full bloom, Chaplin's "City Lights" still swept the box office by storm. Produced, directed, edited, and scored by Chaplin himself, this masterpiece melds the sweet, harmlessly buffoonish antics of Chaplin's Little Tramp persona with a larger theme of humanistic social concern. As always, the comic sequences are exquisitely orchestrated, particularly a hilarious boxing match, featuring Hank Mann as a muscled pugilist. But the real highlight is that eye-opening final scene with Cherrill, where Chaplin betrays a touch of angelic poignancy. Over eight decades after its initial release, “City Lights” remains a shining testament to one of cinema’s authentic geniuses.