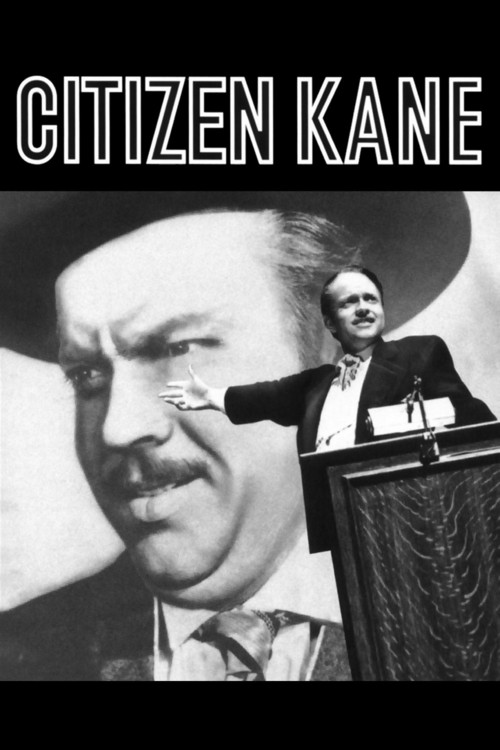 Loosely based on the life of William Randolph Hearst, this is the epic, intriguing story of media titan Charles Foster Kane (Welles), told via flashback by the people who were closest to him, to investigative reporter Jerry Thompson (Alland). The investigation commences after Kane dies in exile at his palatial estate with a single, mysterious word on his lips: "Rosebud." Magically, Kane's eventful but ultimately unsatisfying life unfolds before us, helped along by the reminiscences of folks like Kane's oldest confidant, Jed Leland (Cotten).

Perhaps the greatest debut in movie history, "Citizen Kane" remains one of the most influential American films of all time, thanks to the genius of Welles, who constructed this brilliant, elaborate puzzler at the tender age of 25. See it for Gregg Toland's lovely, pathbreaking deep-focus photography, Herman Mankiewicz's witty dialogue, and Welles's legendary performance as the enigmatic Kane. The film also marked the auspicious debut of several actors, including Cotten, Everett Sloane, Ruth Warrick, and Agnes Moorehead, superb as the mother who abandoned the future newspaper magnate as a boy. A peeved Hearst tried to block the film and nearly ruined Welles's career in the offing, but thankfully, art prevailed. "Citizen Kane" is a must-see.