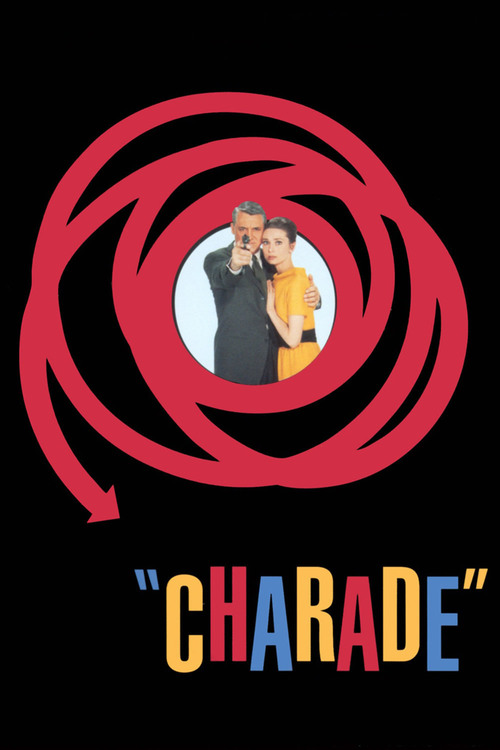 Parisian Regina Lampert (Hepburn) knew she had marital problems, but when her errant husband is mysteriously killed, she finds being a widow even more troublesome. It seems her husband was involved in hijacking some significant loot during the war, and now some of his past comrades — including Tex (Coburn), Herman (Kennedy) and Leo (Glass) — want to know where the money went. H. Bartholemew (Matthau) is the government agent also interested in the case, and suave Peter Joshua (Grant) is the gallant older man who serves as Regina's protector. But is Peter really on Regina's side?

This Hitchcock homage provides a last glimpse of Cary as leading man. At sixty, the actor still brings off his trademark persona superbly. Hepburn is also in top form as the put-upon damsel in distress. Deftly combining mystery, romance, and humor, director Donen creates a chic, sophisticated mood via gorgeous Paris locations and a smooth Henry Mancini score. The villains are mean enough to be taken seriously, but exhibit enough idiosyncrasies to seem human (Coburn has particular fun as Tex). As a top-drawer mystery, "Charade" is the real thing.