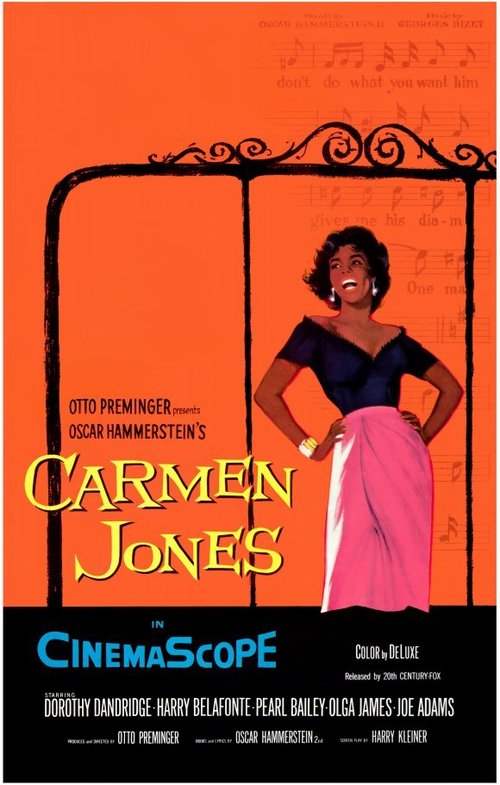 Updating Bizet's tragic romance to the black culture of the 1940s, Preminger's film tells the story of Carmen (Dandridge), a sultry factory worker who ensnares the affections of Joe (Belafonte), a soldier who's been ordered to accompany her to a court hearing. Smitten, Joe sacrifices everything — including the army — to escape with the temptress. Given their tricky predicament and Carmen's fiery nature, can this couple survive?

One of the first films with an all-black cast targeted to white as well as black audiences, "Carmen Jones" reflects a seamless transference of Bizet's tale and music to the mid-twentieth century. The movie stands out for Dandridge's searing, Oscar-nominated portrayal (with her singing voice dubbed by Marilyn Horne), and for the platform it provided African-American performers Pearl Bailey (as fortuneteller Frankie) and Diahann Carroll. Sadly, Dandridge would die in obscurity of a drug overdose in 1965, but "Carmen" remains a testament to her striking beauty and prodigious talent.