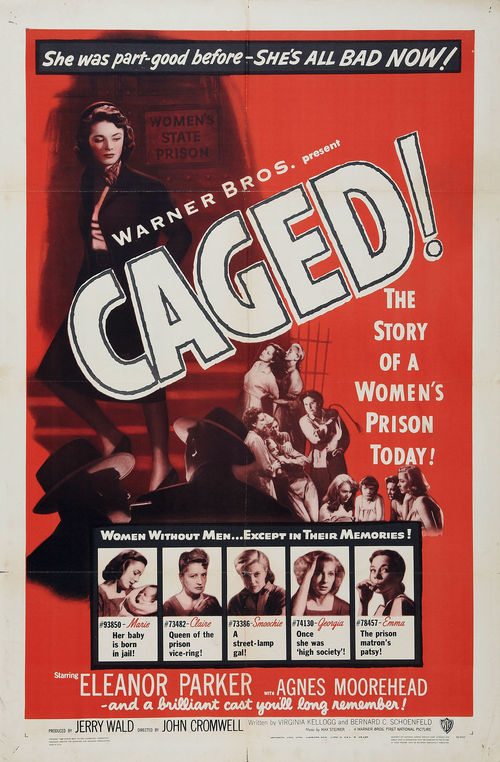 Convicted as an accessory to a robbery committed by her now deceased husband, pregnant 19-year-old Marie Allen (Parker) is sent to an Illinois women's prison operated by cruel and crooked matron Evelyn Harper (Emerson). Despite the ineffectual interventions of reform-minded warden Ruth Benton (Moorehead), Marie finds herself abandoned and floundering within a system that unjustly grooms her for a life on the wrong side of the law.

By now, we're all acquainted with the women-in-prison genre films that have "cult sleaze" stamped all over them. But Cromwell's "Caged!" was the first and best of these movies, because it had a progressive social conscience, born of writer Virginia Kellogg's actual stay in a women's penitentiary. It also had Hope Emerson, who is downright frightening as the sadistic harridan of Cell Block H, and Parker, who earned an Oscar nomination for her portrayal of the benighted Marie. Still shocking today — perhaps because it makes one wonder how much has really changed for first-time offenders of either gender — "Caged!" provides shudder-inducing food for thought.