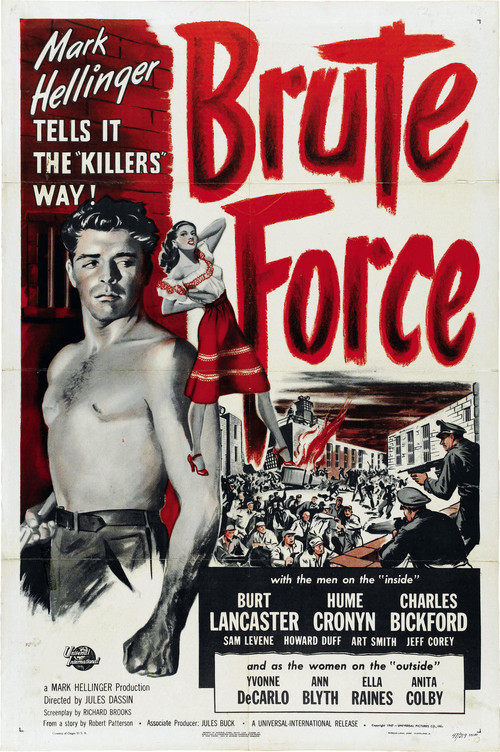 Tough, unsmiling inmate Joe Collins (Lancaster) has spent much of his long prison term butting heads with sadistic, power-hungry Captain Munsey (Cronyn). Sentenced to a merciless work detail in the subterranean drain pipe after one of Munsey's stool pigeons is killed in a machine-shop accident, Collins determines to hatch a breakout plan with his cellmates. No risk is too high if there's a chance for escape.

Made just prior to "Naked City," Dassin's gritty prison melodrama puts a twist on the archetypal bust-out scheme by revisiting, in flashback, the pre-penitentiary lives of Collins — ably played by an intense young Lancaster — and his crew, colorfully brought to life by character actors Whit Bissell, Howard Duff, and John Hoyt. In a fine performance, Charles Bickford appears as the prison's gruff de-facto leader and newspaper editor who throws in his lot with Collins. The other ace in Dassin's deck is Cronyn as a corrupt, savage prison guard bent on bringing "discipline" to his inmates, while nursing a megalomaniacal ambition to replace the wimpy warden. Aside from the ominous noir visuals, Dassin explores issues endemic to prison life and wraps them up in an ugly finale with a high body count.