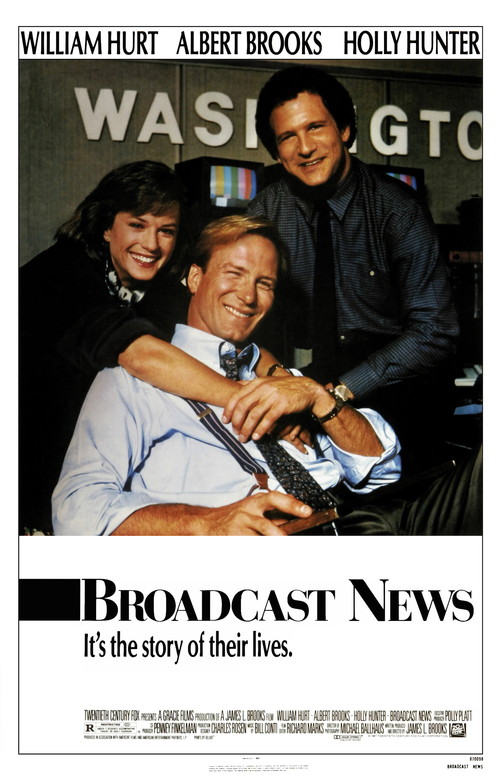 James L. Brooks’s fast and funny film takes us behind the scenes of the nerve-wracking world of television journalism. Anchorman Tom (Hurt) may not be the brightest bulb in the pack, but his telegenic smile has put his career on the fast track. He might also be close to winning the heart of his workaholic producer, Jane (Hunter), much to the chagrin of talented but uncharismatic correspondent Aaron (Brooks), who also has feelings for Jane. Her romantic life isn’t the only complication, however, as the network initiates a massive restructuring, which will set the tone of the news to come.

Nominated for seven Academy Awards (including Best Picture, Actor, Actress, Supporting Actor, and Director), this smart, cynical entry functions as both a prescient critique of the American news media, and a refreshingly perceptive romantic comedy. Ideally cast as they are, all three stars do full justice to director Brooks’s biting screenplay. The result is a near-masterpiece that speaks volumes about the challenge of practicing good journalism in the TV age, and living to tell about it.