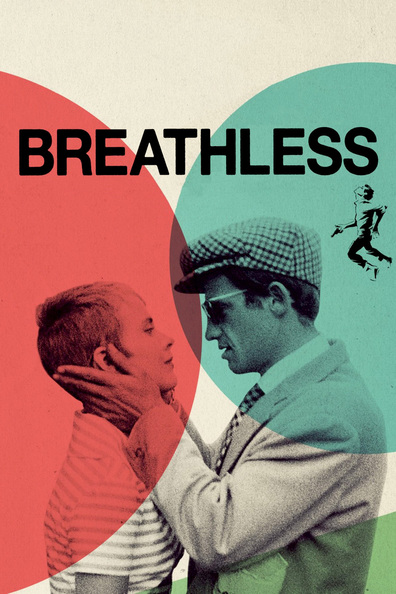 Romance, The Criterion Collection, The Essentials

Small-time, Bogart-worshipping hood Michel Poiccard (Belmondo) may be a bit tormented, but he's also a first-rate charmer who scores a beautiful American girlfriend, Patricia Franchini (Seberg). Patricia has a job selling the Herald Tribune in the bustling heart of Paris, but she may not keep it long. Since Michel is also wanted by the law for killing a cop, he and Patricia are forced to hide out for a time, trying to scare up enough cash to split for Italy. As their relationship tightens, so does the police dragnet.

One of the more fascinating and important works in all cinema, and also a loving tribute to American film noir, Godard's "Breathless" announced the French New Wave with a minimalist tale of doomed love between a narcissistic petty thief and an amoral enigmatic waif. Beyond its unique characters, the film's distinctive appeal comes from its innovative use of sound (Mozart meets French pop), handheld cameras, and jarring cuts. That said, it's hard to forget the ultra-hip swagger beautifully performed by the young Belmondo; nor the gamine Seberg, who reinvigorates a female stereotype — the gangster's moll — by giving her a modern feel but preserving her essential mystery (and danger). Shot on location in the City of Lights, "Breathless" is an energetic fusion of high art and pop culture that's not to be missed.