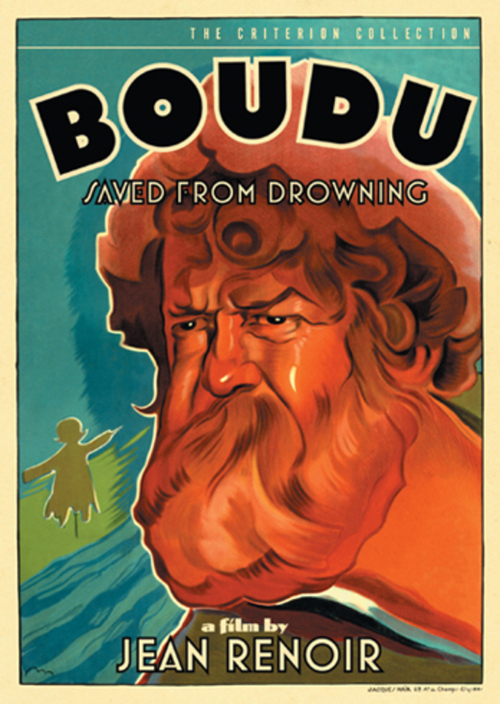 Distraught after losing his dog, homeless vagrant Boudu (Simon) leaps from a bridge into the Seine. Having witnessed this suicidal act, well-meaning bookseller Monsieur Lastingois (Granval) fishes out the flailing hobo, resuscitates him, and installs the befuddled man in his home, much to the chagrin of his bourgeois wife (Hainia). As the coarse and dyspeptically vulgar Boudu tries half-heartedly to accustom himself to a middle-class lifestyle, his presence proves to be disruptive to the entire Lastingois household.

Directed by French master Renoir ("Rules of the Game"), this eccentric black comedy tells of the unfortunate clash between a grubby man of the street and his bourgeois benefactor with humor, tenderness, and by the film's end, a soulful dose of poignancy. Granval, Hainia, and Séverine Lerczinska (as Lastingois's perky young maid and secret lover) are all excellent, but the film belongs to Simon, whose odd speech, filthy habits, and wildly eccentric body language all highlight Boudu's unfitness for respectable living. (The gifted actor also doubled as producer.) With its innovative camera work and bustling street shots, "Boudu" is a piece of work in the best sense, later inspiring the more familiar "Down and Out in Beverly Hills."