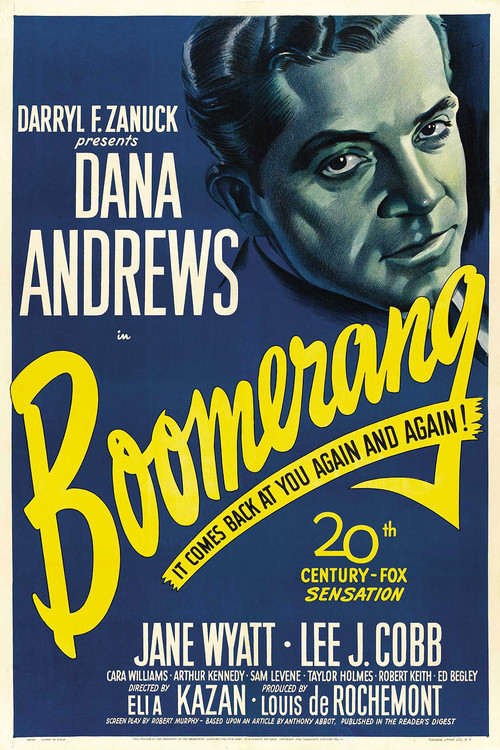 When a local minister is murdered in a small Connecticut town, a jobless drifter (Kennedy) is brought up on charges and forced to confess. Confronted with conflicting evidence in what first seemed to be an open-and-shut case, District Attorney Henry Harvey (Andrews) tries to prove the man’s innocence and determine who was responsible for the grisly crime. But neither task is going to be easy.

Kazan’s nail-biting “Boomerang” is based on a true-life unsolved case about the shocking slaying of a Connecticut pastor, and it’s one of the earliest instances of the director shooting in a semi-documentary newsreel style. Dana Andrews has a star turn, playing a hard-nosed DA fighting an uphill battle for justice, while Jane Wyatt, Lee J. Cobb, Ed Begley Sr. and Kazan regular Karl Malden expertly fill out the smaller roles. Superb acting, a decidedly noirish atmosphere, and gritty location photography make Kazan’s “Boomerang” worth retrieving.