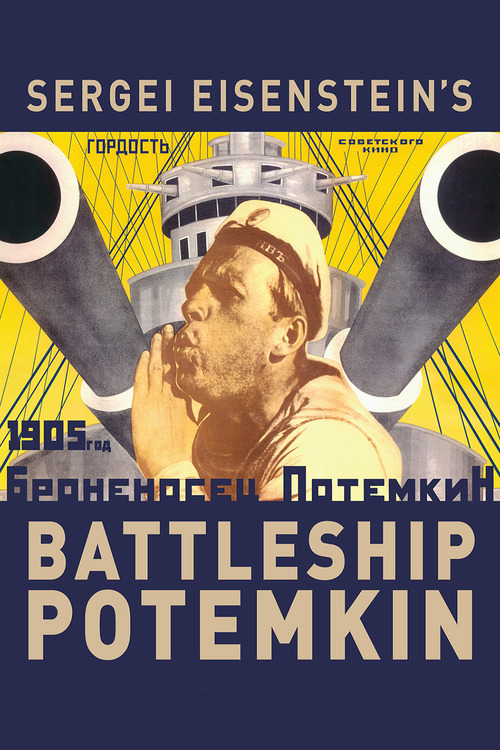 Oppressed by their commanding officers, the enlisted crewmen of the Battleship Potemkin stage a mutinous revolt in 1905 Russia, led by charismatic young sailor Vokulinchuk (Antonov). When he is killed during the violent skirmish that results, the citizens of port town Odessa join the struggle against the Czarist regime.

In this new special edition, Eisenstein's exhilarating, world-renowned masterpiece re-creates the ill-starred 1905 Russian Revolution that presaged the Bolshevik uprising twelve years later. Celebrated for its brilliant rapid-cut montage techniques, "Potemkin" is a rousing film of great emotional and symbolic richness whose visual sweep and driving energy were unparalleled at the time. The famous Odessa Steps sequence, in which a baby carriage goes careening down stairs as the Cossacks massacre rebellious townsfolk, has been imitated many times, most recently in "The Untouchables." For 69 minutes of pure, visceral cinema, board Battleship Potemkin. (Note: we recommend the Image Entertainment edition.)