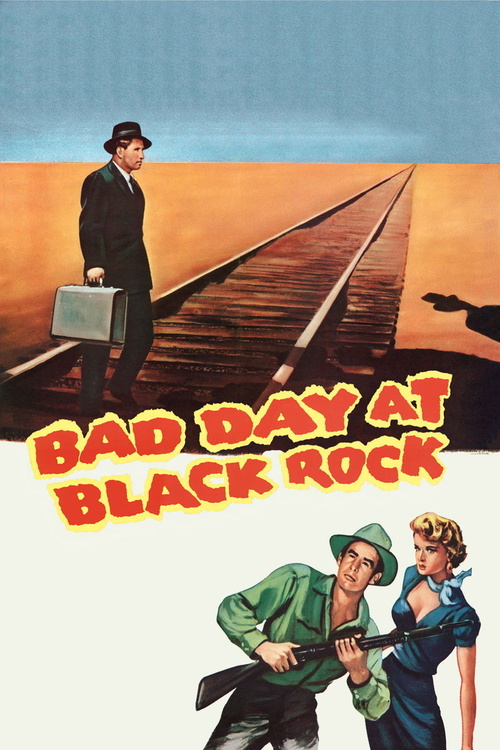 A one-armed war veteran named John MacReedy (Tracy) steps off a train in an obscure Southwestern town to deliver a posthumous medal to the family of a Japanese-American who saved his life. The townsfolk, led by the sneering, sadistic Reno Smith (Ryan) harbor an ugly secret, and are less than welcoming. It quickly becomes apparent that a graceful exit will be challenging for MacReedy. But this former soldier has been sorely tested before, and he's every bit as determined to make that train out of town as his hosts are to prevent him from ever catching it.

In this stark, suspenseful film, tension builds gradually from the opening scene. Director John Sturges shoots this virtual ghost town as a panorama of isolation and remoteness, where one man must survive against a mob hiding a brutal conspiracy. The inimitable Tracy is backed by sterling support from a powerhouse of male acting talent, both young and old: Ryan, Walter Brennan, Ernest Borgnine, Dean Jagger, and a young Lee Marvin. In short, "Black Rock" is one ghost town worth visiting.