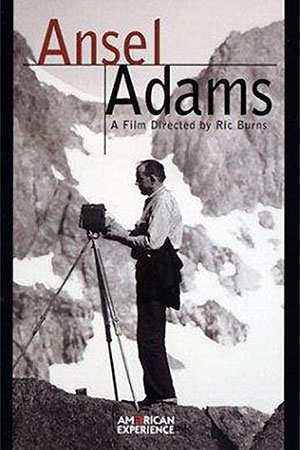 Chronicling the life and work of one of America's greatest, most beloved artists, this engaging documentary begins as the young Adams first visits Yosemite Valley in 1916, and is presented with a camera by his father. Then and there a love affair is born, one which in the ensuing decades will yield awe-inspiring images of the region's wilderness. The film also covers Adams's pioneering efforts on behalf of environmental concerns.

A captivating entry in the "American Experience" PBS series, "Adams" vividly brings to life the biographical details and working methods of this groundbreaking 20th-century photographer. An accomplished concert pianist, Adams gave up this path to pursue his vision of nature's beauty by illuminating Yosemite's Kings Canyon as it had never been seen before. With great sensitivity to Adams' process, specifically how he achieved the distinctive look of his photos, Burns handles his subject with understated reverence, profiling the artist-as-environmentalist. Adams changed forever the way we view wilderness, and this beautiful film tells us why — and why he and his legacy still matter.