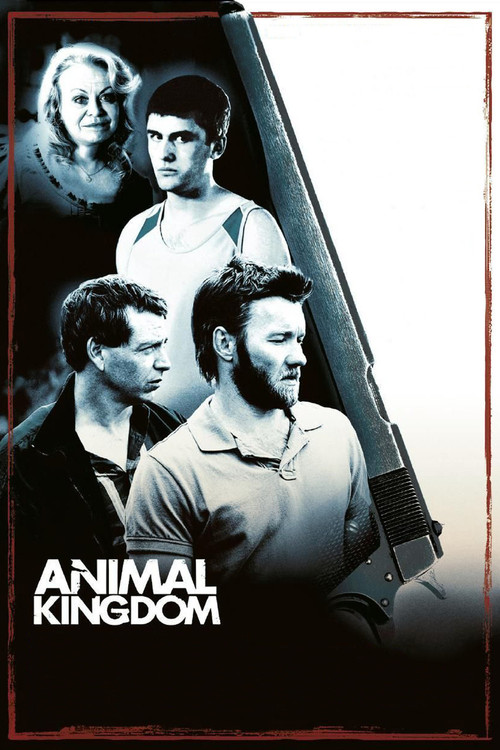 After his mother's sudden death by overdose, 17-year-old Josh "J" Cody (Frecheville) goes to live with his grandmother Janine Smurf (Weaver). Instead of finding a safe haven, he's thrust into a world of crime — his uncles are some of the most notorious robbers and drug dealers in Melbourne, and the Armed Robbery Squad has grown tired of their flamboyant antics. As the police close in, casualties mount, forcing volatile Uncle Pope (Mendelsohn) out of hiding to retaliate. Inevitably, J is sucked into the cycle of violence, and his only unlikely hope may be Detective Leckie (Pearce), who seems genuinely concerned for his welfare. But can J really turn his back on his own flesh and blood?

This blunt, relentless Australian crime drama from first-time director Michod probes the desperate souls at humanity's bottom rung: those hardened, deadly criminals willing to stop at nothing to protect themselves and their families. Weaver was singled out with an Oscar nod for her chilling turn as the outwardly sunny, inwardly viperous Cody clan matriarch, but the impressive ensemble cast exposes nary a weak link. The young Frecheville evokes the bewilderment of a kid just realizing the downside to the adage, "You can't choose your family." Pearce is also memorable in an understated turn as a dogged cop on the Cody family's trail. Don't miss this first-rate thriller from Down Under.