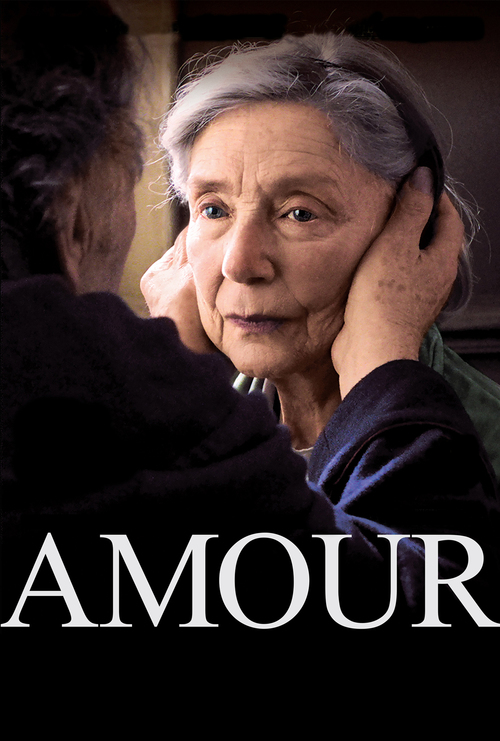 Georges (Trintignant) and Anne (Riva), a loving, elderly Parisian pair, have spent a long and happy life together. Then one day, Anne has a minor stroke at the breakfast table. After a brief hospital stay, she comes home to stay, but the prognosis is terminal. Georges cares for her with love and tenderness, but Anne’s health continues to decline until she is bedridden and comatose. Daughter Eva (Huppert) comes to help her father, but she is clearly more of a burden than a comfort. Meanwhile, Georges struggles to carry on.

Writer/director Michael Haneke is known for producing unflinching films that force us to confront life’s cruelties. Winner of the Best Foreign Language Film Oscar, the subtle, sensitive “Amour” was clearly made with unwavering care, evidenced by the inspired camerawork and indelible performances from the two leads (alas, only Riva received an Oscar nod). Huppert also shines as the conflicted, distant daughter who is unable to reach her father. With the assured and devastating “Amour,"  Haneke has crafted his masterpiece.