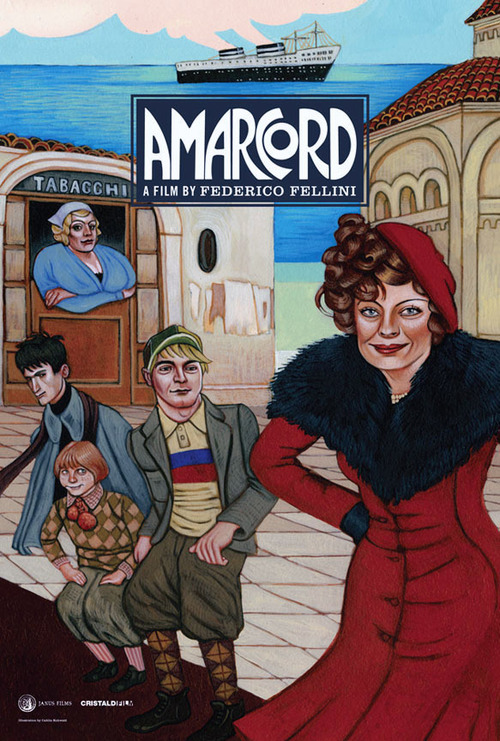 Set in the seaside village of Rimini during the reign of the Italian Fascists, this delightfully nostalgic coming-of-age romp trails adolescent Titta (Zanin) and his family over the course of a year, mixing reality and fantasy in its portrayal of the town's many raucous, bizarre, fascinating characters. Through Titta's eyes, we experience the whole gamut of human experience – sex, politics, religion, and family squabbles – as if in a strange but vivid dream.

This stunning Criterion edition features a newly restored high-definition transfer, along with a grab-bag of first rate extras, including "Fellini's Homecoming," a new documentary exploring the director's complex feelings about his origins. "Amarcord" itself remains unabashedly lewd but also deeply sentimental. Fellini's surreal film memoir won the Best Foreign Film Oscar, and it's easy to see why. With its circus-like feel and an engaging cast of cranks, fools, fanatics, and horny teens, "Amarcord" is a splendid homage to the director's hometown and misspent youth in pre-WWII Italy. But there's also a dark undercurrent, as we sense the Fascist menace slowly impinging on the lives of Titta's relatives. Set to Nino Rota's winsome score, "Amarcord" is a marvelous melange of indelible anecdotes by one of the world's great directors.