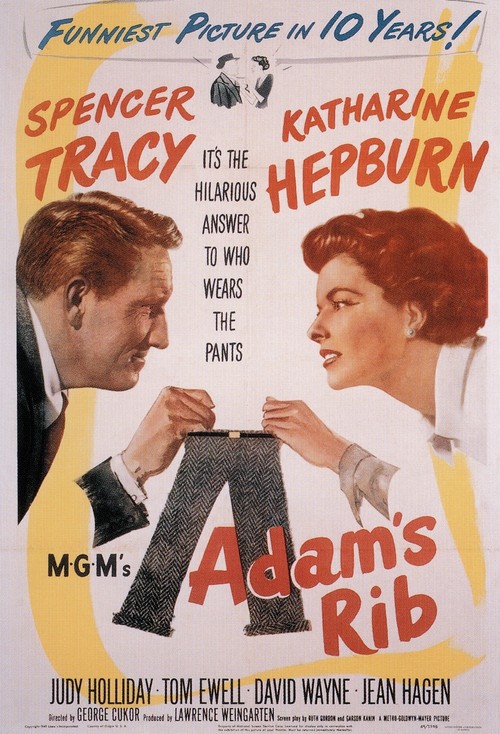 Adam and Amanda Bonner (Tracy and Hepburn), an otherwise happily married pair of lawyers, find their union sorely tested when they end up opposing each other in court in an attempted murder case involving another husband (Ewell) and wife (Holliday, in her film debut). Matters are not helped by flirtatious neighbor Kip (Wayne), who carries a barely suppressed torch for Amanda.

George Cukor's "Rib" may just be the ultimate battle of the sexes comedy, waged both in and out of the courtroom. Perhaps Tracy and Hepburn's best overall film, their on-screen chemistry was never put to better use than here. The Oscar-nominated script by Garson Kanin and Ruth Gordon is razor sharp, and supporting performances from newcomers Ewell, Holliday, and Wayne are uniformly inspired. Judy's turn as a wronged wife put her career in overdrive, and no wonder. So – who wins in the end? The audience, that's who.