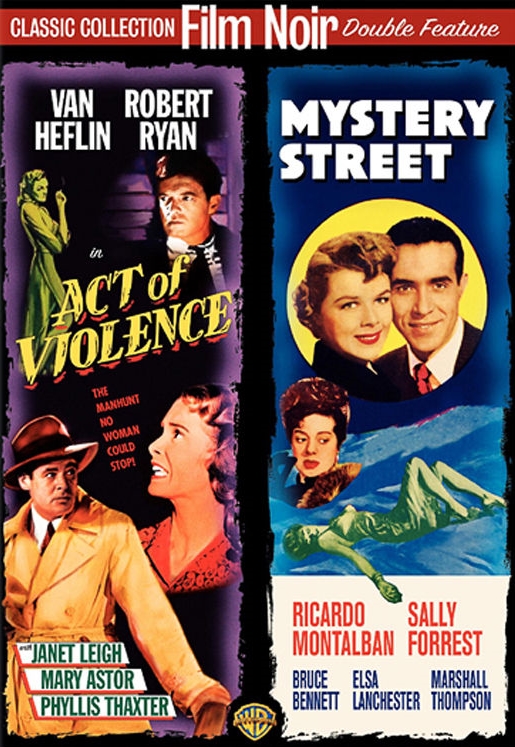 In "Act of Violence," happily married contractor and community pillar Frank Enley (Heflin) is stalked by an old army buddy, Joe Parkson (Ryan), who wants to even an old score. Is he mentally ill, or is Enley hiding something from his wife (Leigh)? In the second feature, "Mystery Street," when the body of a pregnant cocktail waitress washes up on a Cape Cod beach, forensics expert Lt. Peter Morales (Montalban) is called in to investigate, and the clues lead him right to a wealthy Boston clan.

It's easy to recommend these under-seen film noirs from the Warner vaults, not least because of their unusual subject matter. Drawing sharp performances from Heflin, Ryan, and Janet Leigh, Zinnemann's "Violence" is a domestic thriller that tackles the controversial idea of an American war veteran who betrayed his men at a Nazi concentration camp. John Sturges' "Mystery Street" creates what's essentially a prototype for today's "CSI" television shows. The film is further distinguished by John Alton's exquisite photography and a marvelous supporting cast headed by a neurotic Elsa Lanchester.