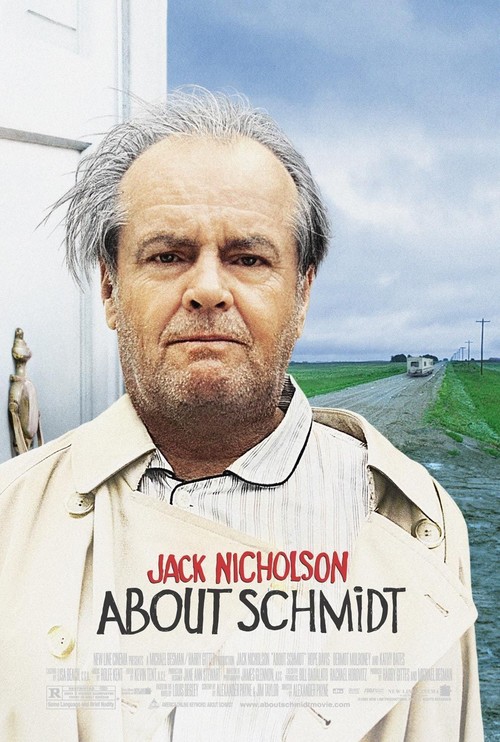 After a long career of dutiful service to an Omaha insurance company, Warren Schmidt (Nicholson) retires and finds himself trapped in a meaningless existence with nothing much to look forward to. When his wife Helen (Squibb) dies suddenly, Schmidt decides his own days may be few, so he packs up a whale-size Winnebago and sets out for Denver, where he hopes to convince daughter Jeannie (Davis) not to marry dim-witted salesman Randall (Mulroney).