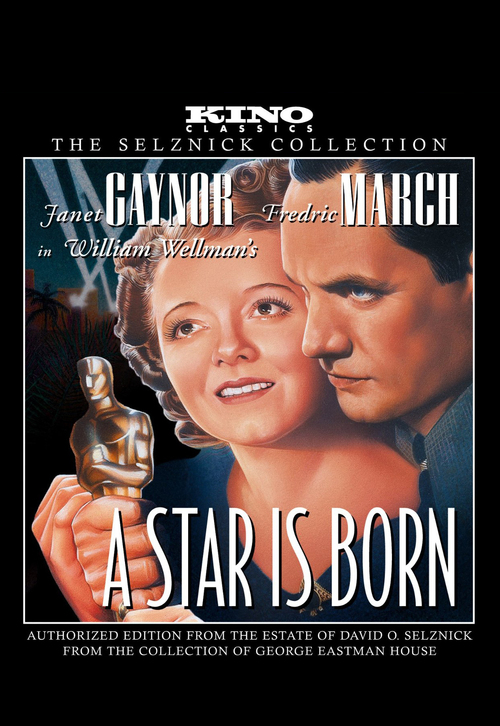 A Star Is Born

Esther Blodgett (Gaynor) arrives in sunny Hollywood with little to sustain her except her driving ambition to become a famous actress on the silver screen. She finds the endless round of cattle calls less than fulfilling and is grateful to find work as a waitress. In that capacity, she encounters fading movie actor Norman Maine (March) at a cocktail party. Despite his drunkenness, she makes an impression on him, and he vows to take her to the big time. Incredibly, he does, and the two also fall deeply in love. Launched as Vicki Lester, Esther's star rises while Norman's continues to plunge, exacerbating his alcoholism. Now Vicki's got fame... but can she keep her man?

"Star" may have become an oft-told tale (it was re-made in 1954 and 1976) but it was so well-told by director Wellman the first time around that it was nominated for seven Academy Awards, including Picture, Director, Actor, Actress, and Screenplay. The film also features groundbreaking early Technicolor photography, which earned a special honorary Oscar from a committee of leading cinematographers. Silent star Gaynor, in one of her final screen roles, is radiant with her shock of red hair and big eyes, while March is nothing short of superb as the doomed Norman. Though we also love the musical remake with Judy Garland, this original version offers its own rich rewards, and looks fabulous in a newly restored print.

A Star is Born