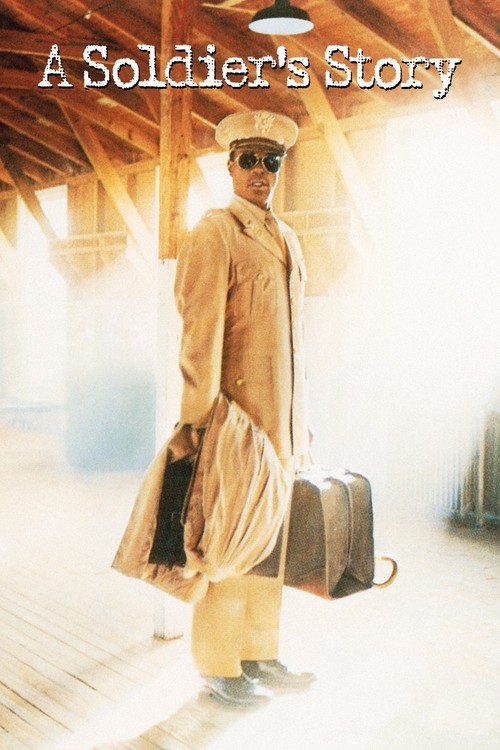 In the rigidly segregated military of the American South during the 1940s, a highly unpopular black sergeant named Vernon Waters (Caesar) is found murdered. The starchy, all-business Captain Davenport (Rollins), a black officer, visits the base to launch an official inquiry, and gets more than he bargained for. Though the investigation proves much more charged and complex than expected, the determined Davenport sees it through to a surprise conclusion.

Based on Charles Fuller's play, which he also adapted to the screen, this cerebral mystery operates on several levels, as we get to know the murdered man through flashbacks and see how many people had a motive to kill him. Set on top of this is the condescension with which the inquiry is treated by the white brass. All these ingredients make for a meaty, involving murder tale, shedding stark light on the racism of the time. A young Denzel Washington is particularly strong in an early pivotal role, and the late Caesar was nominated for an Oscar for his portrayal of the loathsome Waters (note: both had originated their roles on stage). This "Story" was also Academy-nominated for Best Picture and Screenplay; it's easy to see why.