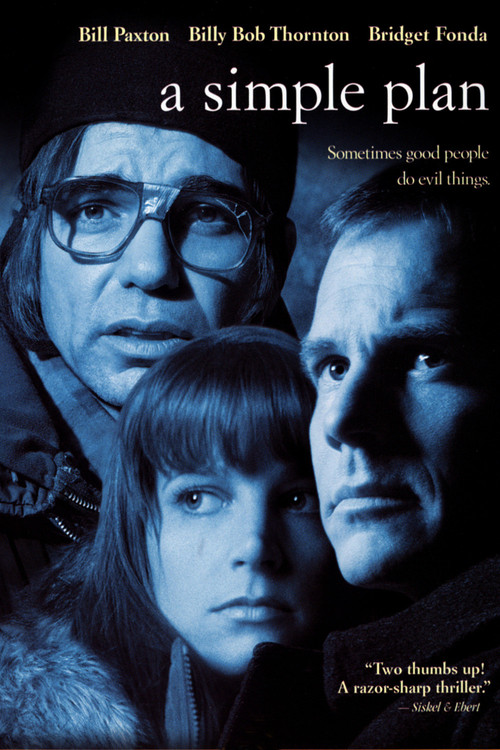 After stumbling across the wreckage of a small plane in the woods containing a dead pilot and millions in cash, sensible accountant Hank (Paxton) orders his dim-witted brother Jacob (Thornton) and their dissolute pal Lou (Briscoe) to keep the money hidden for a year so as to curb the suspicion of drug dealers who'll no doubt come looking for their loot. But simple plans, like decent people, have a funny way of going very, very wrong.

What would you do if you found $4 million, with no one around to claim it? That's the basic premise of this absorbing Midwestern crime thriller from "Spiderman" director Raimi. "Plan" delivers a riveting study on the poisonous effects of greed, placing a dark-comic twist on the familiar get-rich-quick premise. Raimi draws splendid acting from his talented cast, especially Thornton and Bridget Fonda as Hank's wife, who transforms from a nervous third party into a cold-blooded deviant at the promise of so much lucre. For neo-noir at its best, make a plan to see this movie.