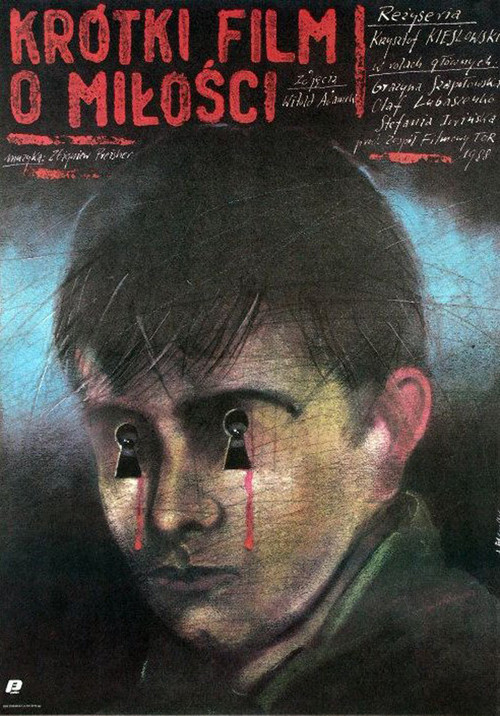 A Short Film About Love

Infatuated with the promiscuous Magda (Szapolowska), an older woman who lives in an adjacent building, shy postal worker Tomek (Lubaszensko) takes to spying on her with a telescope, keeping track of her routine and her lovers. When Magda eventually learns of Tomek's fixation through a series of "coincidences," she informs the bashful Peeping Tom that her philosophy of love concerns the pursuit of sexual pleasure alone. But their attempt at a tryst, which ends in frustration, will have unexpected consequences for them both.

An expanded episode from the made-for-TV "Decalogue" cycle, "Love" examines the sixth commandment, inquiring into the nature of carnal desire and romantic attachment. With superb lead actors, naturalistic lighting, and a sparse, rueful score, director Kieslowski gets right to the heart of the matter. While Tomek's voyeurism borders on obsession, at least he feels something for his intended partner, while Magda's pursuits are purely selfish. Kieslowski eventually grounds his story in the unexpected epiphany Magda experiences through the younger man. See this lyrical and affecting tale, and you'll be moved to reconsider your own views on the subject.

A Shot in the Dark