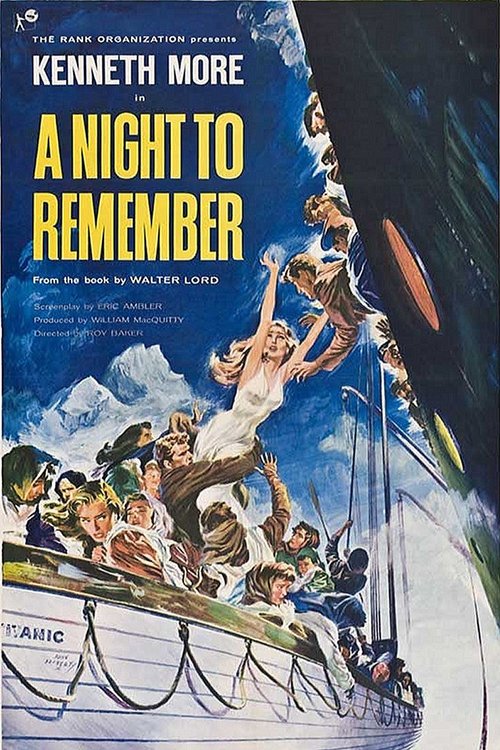 A Night to Remember

Told from the point of view of heroic second officer Herbert Lightoller (More), this ultra-realistic film re-enacts the fatal maiden voyage of the world-famous Titanic, crown jewel of the industrial age. Supposedly "unsinkable," the Titanic struck an iceberg on April 14, 1912, on its way to New York from England, and sank to the bottom of the ocean, taking more than 1,500 people with it. Here, we follow diverse groups of passengers and crewmen, including the ill-starred Captain Smith (Naismith) and American heiress Molly Brown (McGuire), many of whom never set foot on shore again.

By far the best movie ever made about the Titanic tragedy, Baker's riveting, semi-documentary "Night" is based on the bestselling book by Walter Lord, and brings us closer to knowing what the journey must have been like than any version before or since. Unlike other studio takes on the story, Baker sticks to real-life details, crafting an intelligent, suspenseful re-enactment of the fateful night, while glimpsing many human stories behind the disaster. Featuring lavish costumes and exquisite production design, as well as a cast of more than 200 actors, "Night" is one high seas outing you'll remember for a long time.