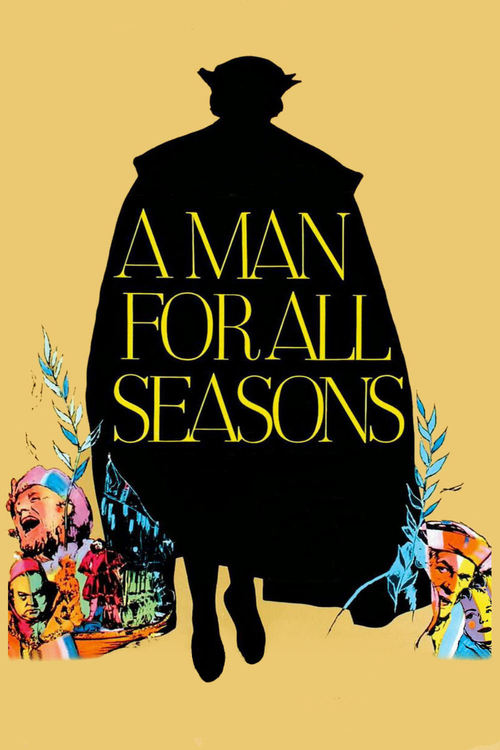 A Man For All Seasons

When the Pope refuses King Henry VIII (Shaw) an annulment of his marriage to a barren wife, Henry declares a break with Rome, nominates himself spiritual regent of the newly christened Church of England, and demands that his Lord Chancellor, Sir Thomas More (Scofield), recognize him. With his allegiance divided between the throne and the Catholic Church, More demurs... until circumstances force him to make a definitive choice.

An outstanding adaptation of Robert Bolt's play by "High Noon" director Fred Zinnemann, this new edition of "Seasons" revisits the ill-fated conflict between Henry VIII and More, building upon the film's central ethical issue: whether the principled More will sacrifice his life in defense of moral truth. In his first starring film role, Scofield won an Oscar for his shaded portrayal of More, and Shaw was also nominated for his magnificent turn as a fiery young Henry. Cameos by Orson Welles, Susannah York, and Leo McKern round out a sterling cast. A box-office smash in 1966, "Seasons" will resonate with anyone who's ever had a crisis of conscience.