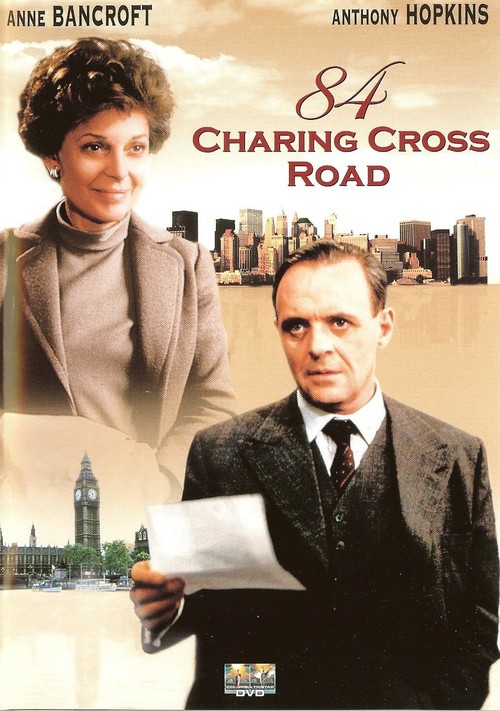 Based on a true story, this book smart drama tells the story of two passionate bibliophiles, New York writer Helene Hanff (Bancroft) and London antiquarian-bookshop manager Frank Doel (Hopkins), who develop a close friendship over 20 years after she writes his establishment requesting a copy of Samuel Pepys's Diary (thus proving her erudition). Though they never meet, their bond, at first cordial and businesslike, deepens over time via their flavorful, bracingly incisive correspondence.

A love story for literate lonely-hearts, Jones's "Road" was adapted from Hugh Whitemore's stage adaptation, which, in turn, was inspired by the real-life Hanff's touching memoir. Bancroft is splendid as the punchy middle-aged Manhattanite who finds an overseas soul mate in Doel, a staid, vaguely unhappy married man played with quintessential British reserve by Hopkins. By turns plaintive, witty, and poignant, "Road" rises high on the shoulders of its two magnificent leads. Though the epistolary conceit could have been tedious, thankfully Jones's inkwell never runs dry.