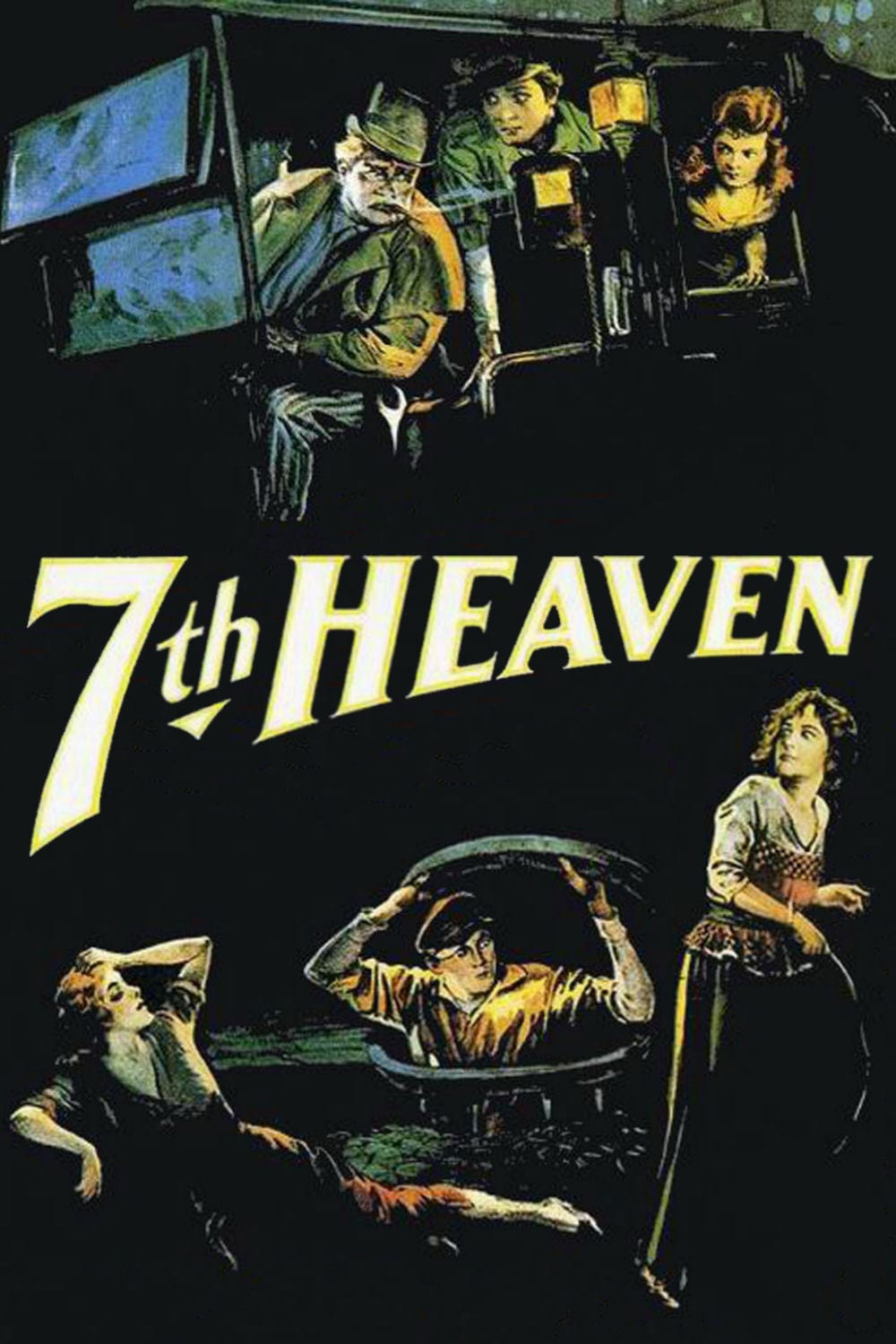 On the eve of World War I, Chico (Farrell) is toiling away as a lowly sewage worker in Paris. He hopes one day to be a street-cleaner. Diane (Gaynor) is a waifish prostitute contemplating suicide. Chico comes to her rescue, pretending that she is his wife to save her from arrest. Chico and Diane continue a façade of living as man and wife to fool the authorities but slowly their real feelings emerge and they fall in love. When the war breaks out, Chico is called up. The couple’s love for each other and faith in God is put to the test.

Cynics step aside! This unabashedly sentimental romance from prolific American director Borzage indulges in swooning passions, grand gestures and an unlikely ending. But its sincerity, simplicity and beauty, joined with two stunning performances from Gaynor and Farrell, will bend even the most jaded filmgoer to its charms. Adapted from a stage play of the same name, Borzage’s main location is a spare garret, where the lovers gaze at the stars while forgetting their earthly woes. One ingenious tracking shot follows the couple as they climb the seven stories to their attic apartment.  Winner of three Oscars at the inaugural Academy Award ceremony (Actress, Director and Writing), this silent classic also did big box office business. It’s a love story for the ages.