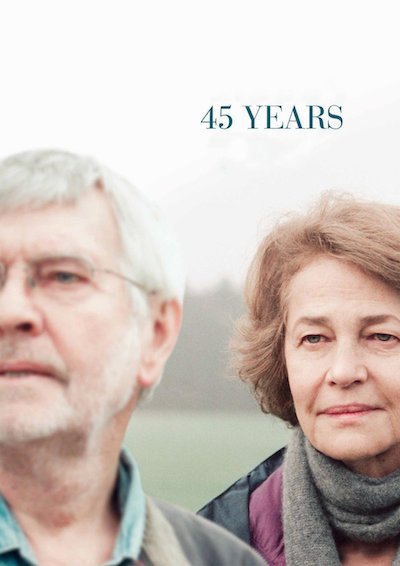 Kate (Rampling) and Geoff (Courtenay) are getting ready for their 45th wedding anniversary. When a letter for Geoff arrives out of the blue, he is thrust back into his past and the memories of a former girlfriend who died tragically. As Kate and Geoff move forward with preparations for a celebratory party, they find that this intrusion has sown doubt and insecurity into their comfortable but complacent relationship.

Based on a short story by David Constantine, Haigh’s minimal, trenchant script benefits from well-placed silences and pauses to build tension between the couple. Rampling and Courtenay are at the top of their games, expressing the complex emotions and shifting confidences of a long-standing relationship with subtlety and precision; both actors deservedly won prizes at the Berlin Film Festival. With quiet, assured direction, Haigh turns the minutiae of everyday life into a universal, plaintive cri de coeur.