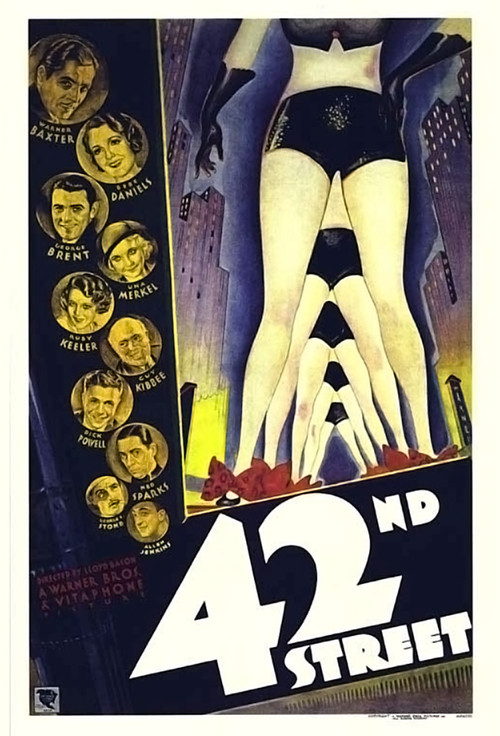 Julian Marsh (Baxter), a famous and flamboyant Broadway director with a heart ailment, wants to put on one last big production and make it his very best. As rehearsals progress, we see not only the numbers taking shape, but all the personalities and politics that go into a production. Just before curtain time on opening night, Marsh's leading lady injures herself, forcing him to take a chance on Peggy Sawyer (Keeler), an unknown. Will Peggy put over a great performance and give the director his final hit?

"42nd Street" stands as the quintessential backstage musical. Both Keeler and Dick Powell are appealing and spirited as the juvenile leads, and Baxter's predicament gives the film added poignancy. Still, the elements that elevate this flick to "classic" status are the culminating dance numbers choreographed by Busby Berkeley, coupled with a memorable score by Herb Nacio Brown and Arthur Freed (including "Shuffle Off to Buffalo" and the title tune). Musical fans, head over to the avenue!