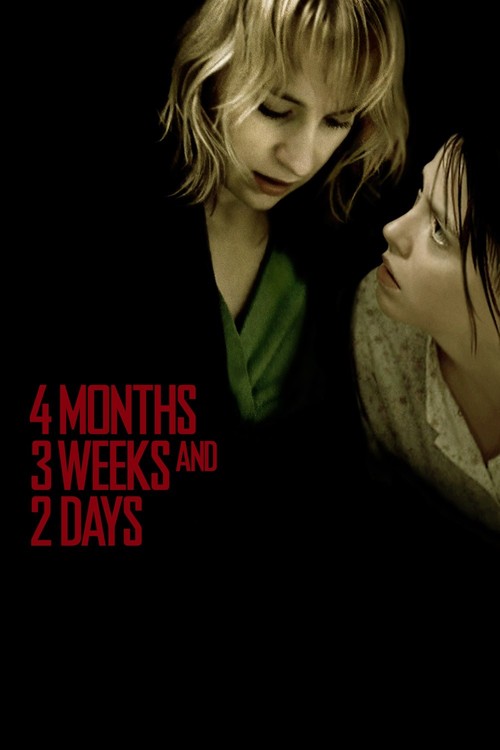 In the economically depressed and socially repressive Romania of the late eighties, Otilia (Marinca) embarks on a secret and highly dangerous mission: to procure an illegal abortion for her university roommate, Gabita (Vasiliu). Over the course of one unbearably tense night, Otilia must not only tend to the well-being of her friend, who's subjected to a shady back-alley procedure with an untrustworthy "doctor," but also juggle various personal crises, including meeting her boyfriend's parents for the first time at a stressful family get-together.

This searing indictment of Romania under the tyrannical rule of the Ceausescu regime won the Palme d'Or at Cannes, and the award was richly deserved. By choosing to focus on the friend of the girl who needs an abortion rather than the girl herself, "4 Months" moves beyond the realm of one woman's victimization to become a story about female solidarity and women trying to retain dignity over their bodies and selves amidst a society that doesn't value them. Both female leads give totally credible and affecting performances in demanding roles. Don't miss this often harrowing but highly rewarding film.