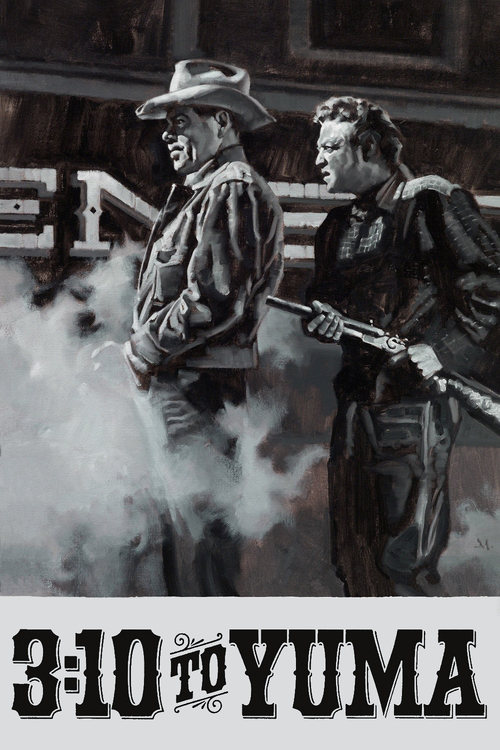 Dan Evans (Heflin) is a local rancher in need of cash due to a drought, who gets the chance to save his livelihood. For a price, Evans takes on the dangerous task of guarding and escorting outlaw Ben Wade (Ford) to the train which will carry him to the halls of justice. Evans is also reclaiming his pride by doing this, as he and his son had witnessed the brutal crime that Wade is wanted for, and done nothing. The hitch: Wade's gang is in town, and they're determined to prevent their boss from making the 3:10 train to Yuma.

Based on an Elmore Leonard story, Delmer Daves's film is a sharp psychological western in the vein of another better known classic, "High Noon." Taut and suspenseful, "Yuma" is refreshingly short on shoot-outs. Much of the film involves the tense interaction between Heflin and Ford in a cramped hotel room as they wait for the train to arrive. Van is solid (as always), but Ford is particularly memorable in a rare bad guy turn. This movie is intelligent, skillfully paced, and — in our view — superior to the Christian Bale remake.