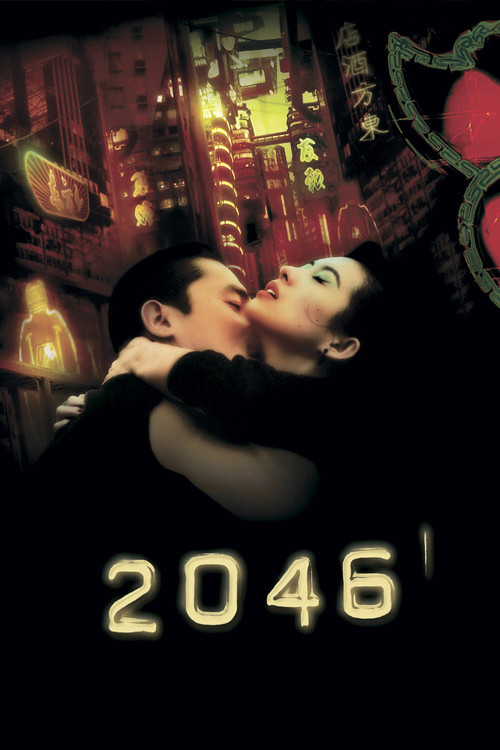 Still reeling from his last encounter with Su Lizhen (Cheung), who rejected his offer to move with him to Singapore on Christmas Eve 1966, struggling author Chow Mo-wan (Leung) takes up residence in a hotel room, churning old memories of the woman he loves into pulp fiction. Over the years, Chow becomes a connoisseur of women, entering into relationships with an assortment of eccentric beauties, but never giving his heart to any of them.

Dreamy, entrancing, rapturous, and unabashedly romantic, Wong's elegantly wrought tone poem is partly a sequel to his masterful "In the Mood for Love", as it features Cheung and Leung reprising their roles as not-quite lovers. But "2046" immerses us in a world that exists apart from anything resembling an actual place. Chow's hotel room, like the futuristic world he creates in his fiction, is an otherworldly chamber where erotic energy bristles. Leung inhabits his character with convincing flair, and the various women he encounters are played by a dream team of leading Hong Kong film starlets. Ziyi is particularly heart-wrenching as the high-class call girl who falls for Leung, a man too focused on the past to admit new love. The time-tripping story may be hard to follow at times, but Wong's lush visuals compensate nicely.