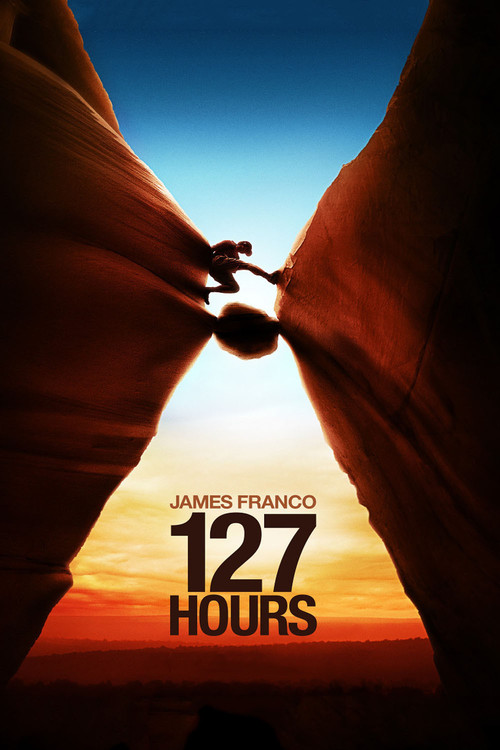 When carefree climber-adventurer Aron Ralston (Franco) finds his right hand trapped underneath a boulder at the bottom of a crevasse in Utah, it seems his luck has finally run out. Stuck for days with only a video camera and his imagination to keep him company, Aron is pushed to the brink of human endurance. Will he let the canyon become his grave? Or will he muster the courage to do the unthinkable and escape?

Based on a true story (we'd hardly believe it otherwise) and essentially a one-man showcase for the considerable talents of James Franco (who spends most of the film playing to a large rock), it's pretty amazing just how well this film works. Beyond coaxing a virtuoso, Oscar-nominated turn from his star, director Danny Boyle spices up his tale with some highly creative editing, in effect opening up Ralston's prison to a host of impressionistic images. This Best Picture nominee's climactic scene is not for the squeamish, but you can close your eyes. That said, its uplifting message about human resilience, and the will to survive, is eye-opening indeed.