“Either a film has something to say to you or it hasn’t. If you are moved by it, you don’t need it explained to you. If not, no explanation can make you moved by it.”

In the years directly after World War II, American moviegoers developed a taste for foreign films that’s lasted to this day. Inevitably, the war had made millions of Americans more aware of different cultures, which generated curiosity about movies made outside of Hollywood.

The other compelling factor was that some very interesting and powerful films were coming out of war-ravaged Europe.

Perhaps no director benefited more from the sudden popularity of “World Cinema” than Italy’s Federico Fellini, an artist whose influence is seen in the work of such disparate directors as Martin Scorsese, Woody Allen, Tim Burton and Terry Gilliam.

With Fellini, you may not always understand what’s he’s trying to do or say in his films, but you're still mesmerized by his bold, brilliant visual style. Whether it’s some sad clown playing a trumpet, or a beautiful woman dancing with a cat on her head, Fellini loved the power of images, and was particularly intrigued by the mysteries of the human face. In fact, it was his ability to draw faces that brought him into the business in the first place.

After the Allied liberation of Rome in 1944, Fellini supported himself during the hardest of times by drawing caricatures of American soldiers still lingering in the area. The GIs took the drawings home as souvenirs — imagine what one of those would be worth now?

By then, Fellini was 24 and still casting about for his life’s calling. He’d already worked in journalism, comic books, and radio, and had tried to appease his parents by enrolling in, but never attending, law school.

It was apparent that Fellini’s gigantic, restless creativity couldn’t be satisfied by a traditional occupation. Can you imagine this outsize figure with a desk job?

Fellini’s fate turned when noted director Roberto Rossellini encountered him one day and was impressed by the young man's humorous sketches. The meeting resulted in Fellini serving a sort of apprenticeship under Rossellini, who felt Fellini would be, get this, a good gag man. Well, to say Fellini exceeded his mentor’s expectations is like saying Niagara Falls is a little bit damp.

Four of Fellini’s features would end up winning Academy Awards for Best Foreign Language Film, a record not likely to be broken anytime soon. (Swedish genius Ingmar Bergman is in the runner-up position, with three wins). Fellini would also be nominated on nine other occasions for writing and directing, and in 1993, he was presented with a Lifetime Achievement Oscar. Gag man indeed.

As Fellini’s stature grew, he relished playing the part of internationally famous filmmaker. He often dressed in black and wore shades, while entertaining the press and public with his thoughts on matters ranging from the meaning of existence (“Life is a combination of magic and pasta”) to how we should attend movies ( “One should go to the cinema with the innocence of a fetus”).

He happily admitted that much of his reputation was a myth, but he truly enjoyed trying to live up to it.

In this age of formula filmmaking, we can all benefit from a little Fellini now and again.

Below, I’ve listed five excellent titles that, in my view, represent his best work.

This tale of a simple-minded young woman who joins a small traveling circus was such an emotional experience for Fellini that he ended up in therapy upon its completion. Anthony Quinn is perfect as the gruff strongman who runs the show, and Fellini’s wife, Giulietta Masina, is heartbreaking as Gelsomina, the waif. The role earned her a nickname that would stick to her for years: “the female Chaplin.” 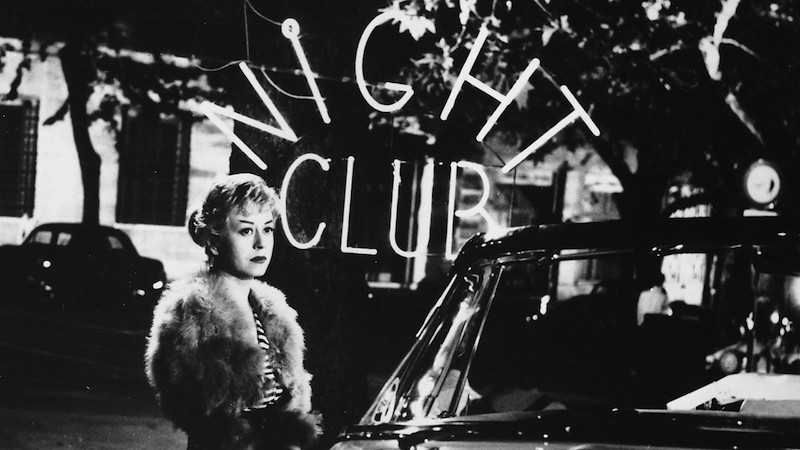 Masina picked up a Best Actress award at Cannes for her portrayal of Cabiria Ceccarelli, a feisty prostitute dealing with a bleak existence. Fellini had trouble raising funds for this, since no one wanted to back a film about prostitutes. Fortunately, Dino De Laurentiis stepped up and financed the movie, as he’d done for “La Strada.” Dino’s gamble paid off: “Nights” won an Oscar, and endures as one of the director’s most poignant outings.

Gossip columnist Marcello Rubini (Marcello Mastroianni) spends seven days and nights journeying through Rome’s nightlife in a futile search for meaning and fulfillment. There was no Oscar this time, but “La Dolce Vita” is often regarded as one of Fellini’s grandest accomplishments. This film also gave us the term “paparazzi,” coined after Rubini’s photographer friend Paparazzo (Walter Santesso). 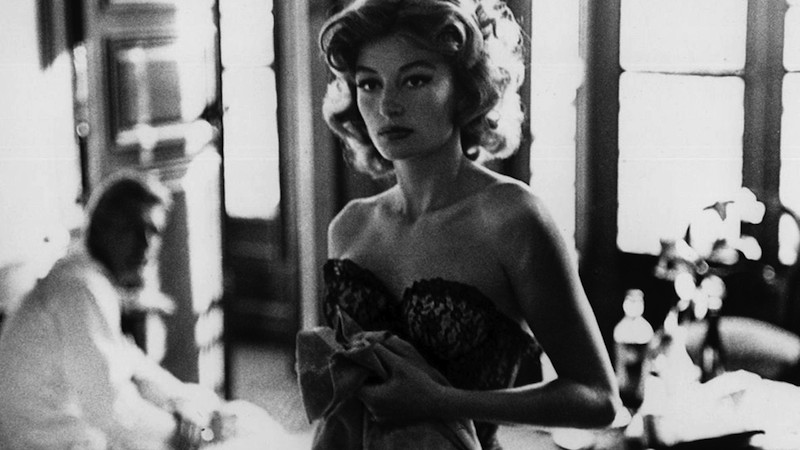 Fellini often cited “8 1/2” as a favorite among his films; it certainly feels like his most personal work. It tells the story of a burned out filmmaker (Mastroianni again) caught up in his own daydreams and memories. Incidentally, the title refers to the number of movies Fellini had directed up to that point — six features, two short (1/2) films and a picture he co-directed with Alberto Lattuada for a total of 7 1/2. Hence, the number 8 1/2. Numbers aside, the film still fascinates. 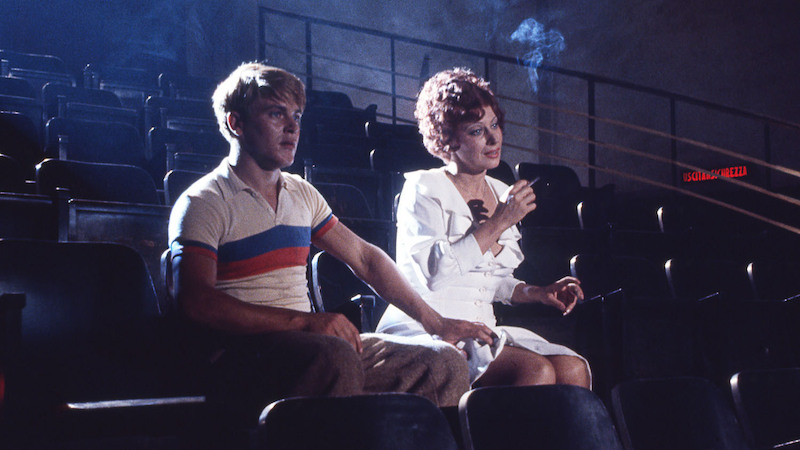 Although he denied this episodic film about small-town life in 1930s Italy was strictly about his own childhood, Fellini did admit it bore certain similarities to his early days. The movie’s title is the phonetic translation of the words “Mi ricordo” (I remember) as spelled in the dialect of Rimini, the town in which Fellini was born, and where the film is set. “Amarcord” isn’t solely a nostalgia trip, though. There’s plenty of magic in the movie, as if Fellini took the standard coming-of-age staples and filtered them through his own wondrous imagination.