Lights Up "All the President's Men"

Posted on 10.23.14 by John Farr
Ben Bradlee’s death on Tuesday at age 93 truly feels like the passing of an era. Thus it seems only fitting to revisit the movie that immortalizes him, the times he lived in, and the heroic stand he took: Alan J. Pakula’s “All The President’s Men” (1976).

This riveting, true-life story centers on the history-making reporting by Washington Post reporters Carl Bernstein (Dustin Hoffman) and Bob Woodward (Robert Redford) back in 1972, as they track a tiny, throwaway story about a bungled burglary at the Democratic National Committee headquarters in Washington’s Watergate building. That story eventually leads all the way up to the office of the President, and topples Richard Nixon. Guiding the process with a steady hand throughout is Bradlee (played by Jason Robards, who won an Oscar for this). It was inspired casting, but the gifted Robards fully earns his statuette. 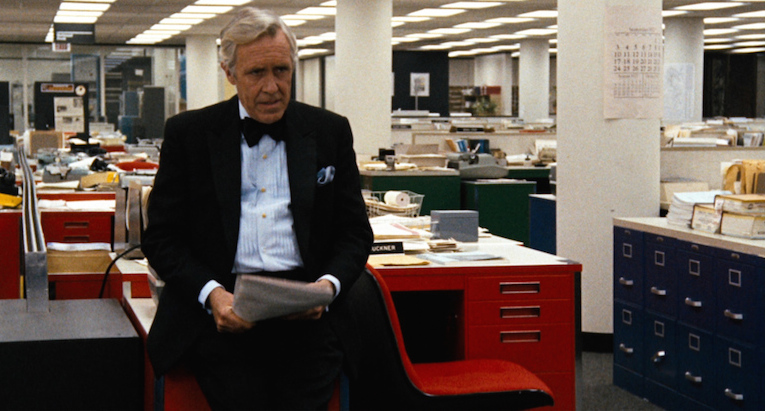 “All the President’s Men” milks all the inherent suspense around the unfolding mystery of the Watergate scandal, and the parlor game of guessing the real-life identity of key intel informant “Deep Throat” (Hal Holbrook). Stars Hoffman and Redford also work off each other beautifully. But for anyone interested in the machinery of free speech in this country, watch the movie again for those memorable scenes between Robards’s Bradlee and his editorial staff.

Meticulously researched and recreated, the life of the newsroom at The Washington Post is an unsung character in the film. Hoffman and Redford spent months at the Post’s offices breathing in its atmosphere and observing its culture, sitting in on conferences and shadowing reporters. The set of the newsroom was a direct copy of the Post’s newsroom, right down to the two hundred desks painted the exact color of the real desks. Trash from the real Post was transported to wastepaper baskets at the fictional Post, and telephone books recreated. It would take a very trained eye to tell the two newsrooms apart. (Credit for that largely goes to production designer George Jenkins). 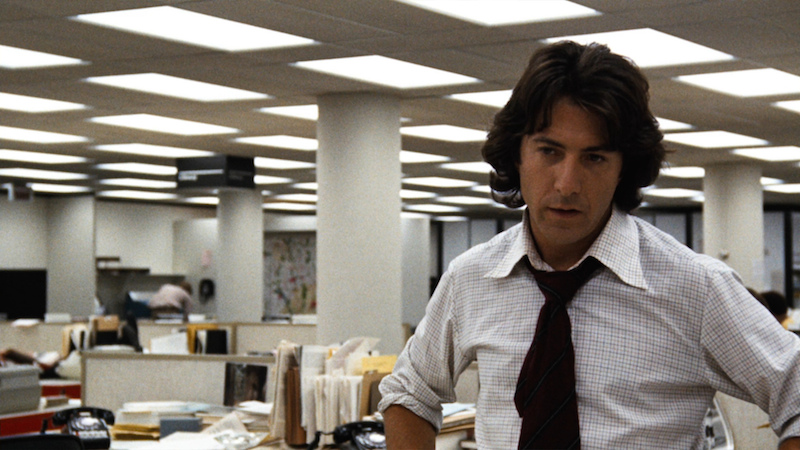 On a factual level, the scenes discussing editorial content of the paper offer valuable lessons on how a story is chosen for further inquiry, when to run it, and what goes into shepherding the talent that pounds the pavement, follows the leads, and connects the dots — dots that can bring down a world leader. On a dramatic level, the scenes of Bradlee in action crackle with the thrill of the chase. It is he who must make the final call to run Woodward and Bernstein’s findings... and it is he who takes all the heat if they are wrong.

As we note the passing of a great American reporter and editor, we give thanks that the tradition of the daily newspaper exists forever on film for future generations to appreciate. “All The President’s Men” captures one of journalism’s proudest moments. Watch it tonight and enjoy the thrill of life “above the fold.”

Two Sides of the Camera:

8 Directors who Directed Themselves